THE TASTE OF AMERICA - PHAIDON 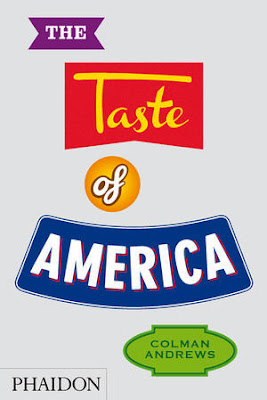 THE TASTE OF AMERICA

The Taste of America is a compendium of the best food in the USA. From the finest artisan cheeses to the fieriest chili sauce to the juiciest oysters, it is a celebration of the very best food produced in America, selected by renowned food expert and passionate eater, Colman Andrews.

It covers 250 of the most exceptional food products manufactured and on sale in the USA (whether on a small or a large scale), with an emphasis on those with distinctive regional characteristics, including but not limited to dairy products, oils, vinegars, sauces, flours, syrups, breads, hams, cakes, confectionery, and preserves. It will also cover the best fresh ingredients, again emphasizing those with distinctive regional characteristics, including fruit and vegetables, seafood, and meat.

Graham Crackers from The Taste of America Each item has a lively and accessible text of no less than 300 words detailing its history, production methods, and applications, along with a description that vividly evokes its flavour and aromas in an engaging way that makes the reader want to seek it out. Specially commissioned illustrations by Joël Penkman accompany many of the texts.

The book opens with an introduction by Colman Andrews and is structured into chapters according to food type. It includes a directory of producers providing details of how to obtain every product. Our American readers will need no introduction to Colman Andrews though for others around the world his name may be a new one to conjure with. Whatever the case, it's worth reminding ourselves of the suprisingly varied career of this great food and wine writer. He's perhaps best known as the founder of nineties foodie mag Saveur. After that he was restaurant columnist for Gourmet and three years ago he launched www.thedailymeal.com

He started his career in music however, in the early seventies working as a PR at Atlantic Records in LA, working on campaigns for Jackson Browne and Bette Midler before going on to edit the west coast lifestyle magazine Coast while reviewing records for Creem magazine where the legendary music critic Lester Bangs was his commissioning editor. He also wrote liner notes for albums, one of them, for a Miles Davis record, received a Grammy nomination.