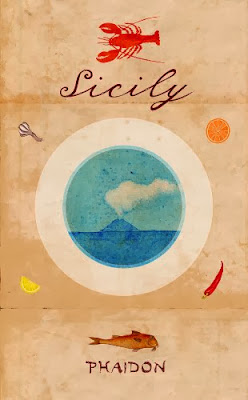 Featuring more than 50 simple and authentic recipes from the Silver Spoon kitchen, Sicily is a culinary journey through an island that is unique among the many regions of Italy. Sicily’s position away from the mainland, its blend of Arabic and Mediterranean influences and its sun-drenched climate have led to the evolution of one of the country’s most distinct and exciting cuisines.

Each chapter examines one of Sicily’s provinces, with fascinating narrative texts examining the key produce and ingredients that are found in each area, such as pasta with sardines from Palermo, and couscous from Trapani, interwoven with the recipes. Each recipe is accompanied by a stunning image of the finished dish, and the beautiful and diverse landscape of Sicily, its produce and its people are illustrated in specially commissioned photographs.